Due to the exorbitant amount of requests for me to write down a how-to on getting the native Neverwinter Nights Linux version installed in current distros, here it is for the both of you who asked.

This game is old! So old in fact, you may need to sacrifice a goat to the sun gods for it to work with your particular distro. You’ll also need the following:

The 32bit versions of all of these libs:

(package names will differ from distro to distro, so look these up using your package manager.)

Be sure to install the 32bit versions of the libs above and their dev(el) packages as well.

I haven’t futzed with the Kingmaker Premium Module yet, so I won’t be able to help you there.

Ready to install the game yet? If you made it this far, I’m assuming you probably are. 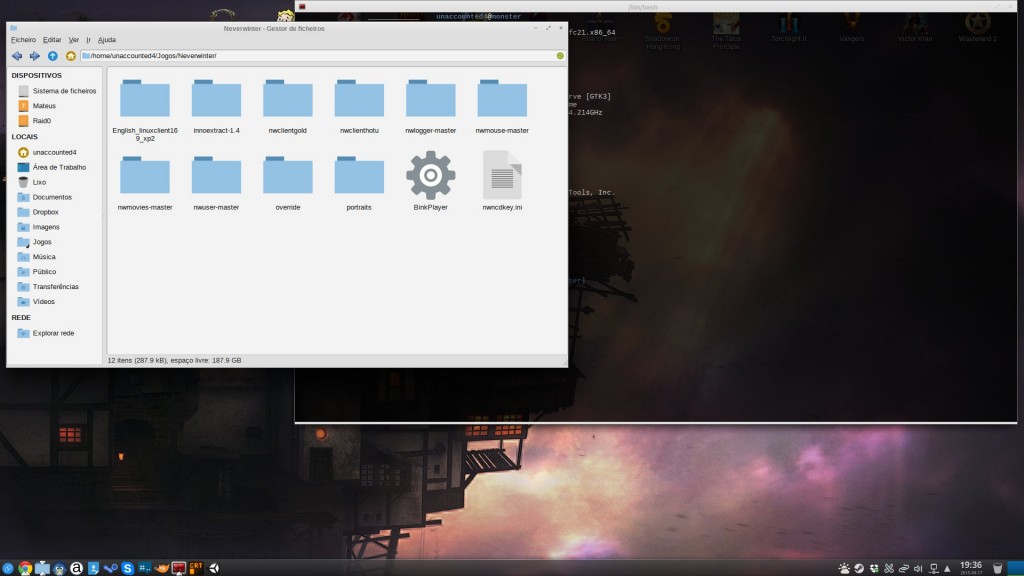 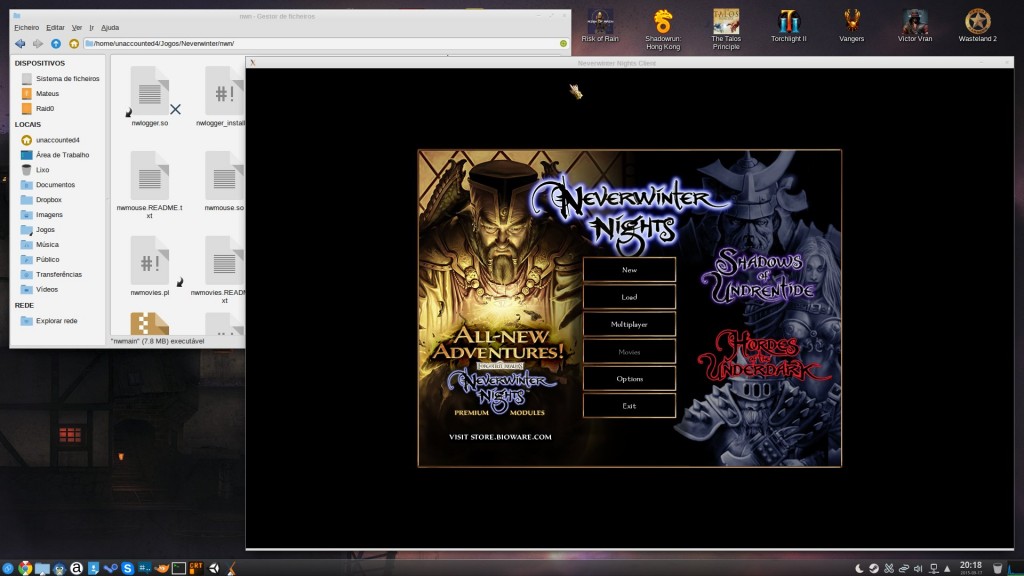 If you have an NVidia card and are using the proprietary drivers, the game’s Anti-Aliasing will not work out of the box. To get AA to work in game, you’ll need to either create an app profile in the nvidia-settings dialog or just add export __GL_FSAA_MODE=4 to nwn.sh. 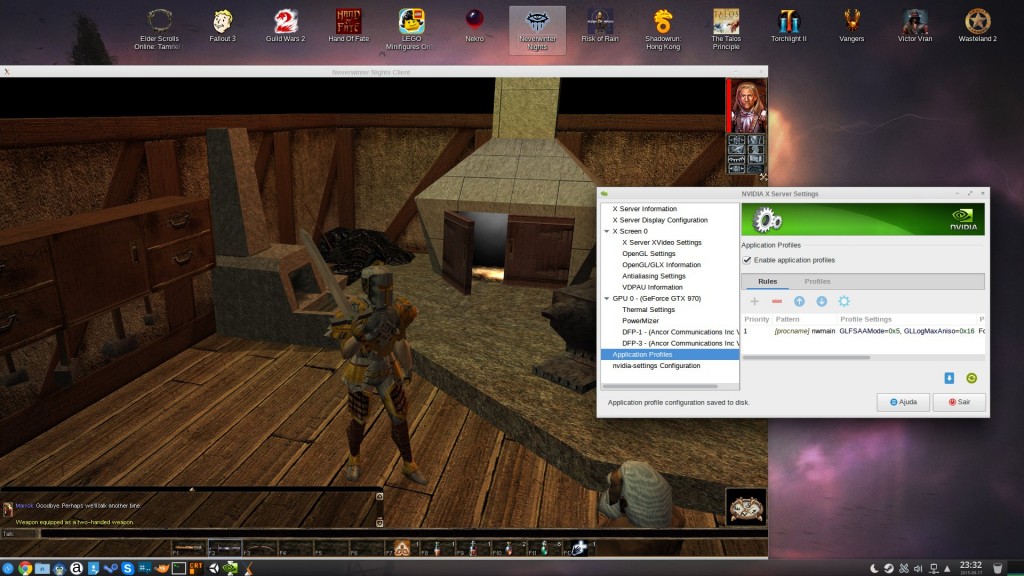 We Suck At: Neverwinter Nights

Installing And Testing Vulkan On Ubuntu