Seems people running Diablo III via WINE are getting banned. Oh, and no refunds.

UPDATE: The story has reached the front page of Reddit.
UPDATE 2: Playing the game on Linux, although not officially supported, will not get you banned – cheating will.

From william:
“Well I’ve had Diablo running on my FreeBSD machine now for a couple of weeks and have a level 53 Wizard.

I just got notice while trying to log in last night that I was banned, and when I checked my email, I hadn’t received anything from Blizzard.

After I opened a support ticket with them, a short while later, this is what I received in email:

Account Action: Account Closure
Offense: Unapproved Third Party Software
A third party program is any file or program that is used in addition to the game to gain an unfair advantage. These programs may increase movement speed or teleport heroes from one place to another beyond what is allowed by game design. It also includes any programs that obtain information from the game that is not normally available to the regular player or that transmit or modify any of the game files.

I don’t run any programs as described above.

Anyone else having a similar issue?” 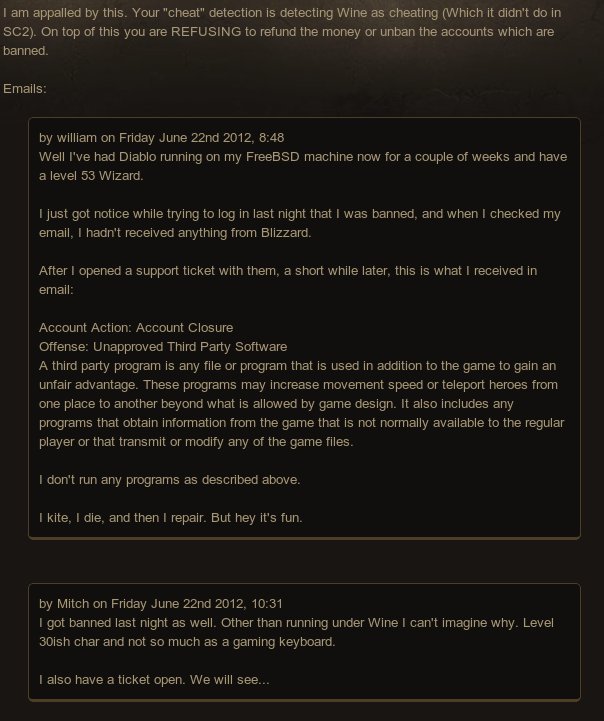 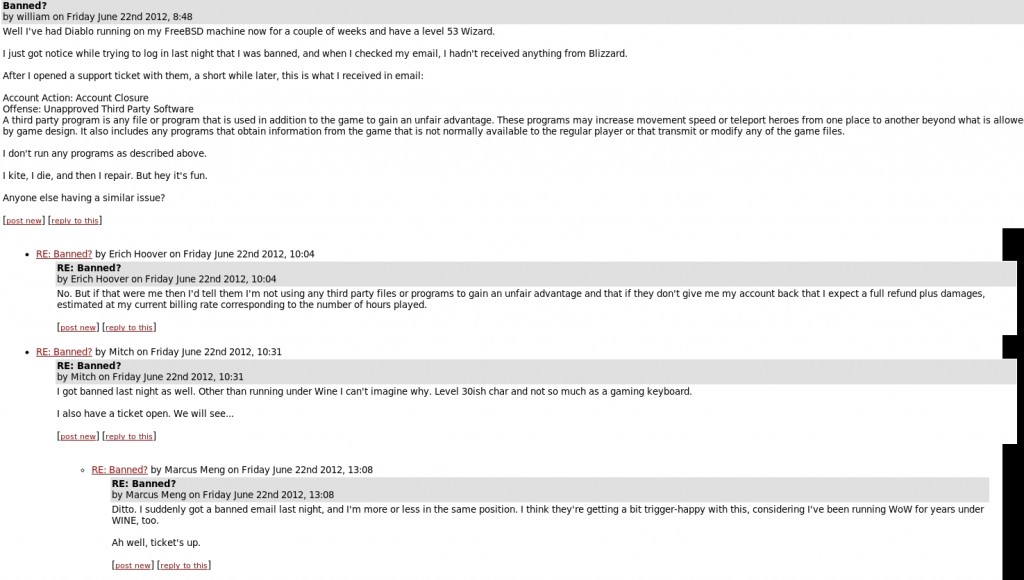