Return To Castle Wolfenstein Coop is a modification of the RTCW single player source code that brings you Cooperative gameplay. It is available for Mac OS X, Linux and Windows. 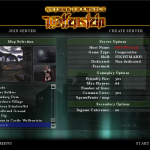 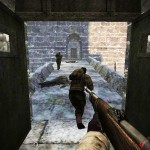 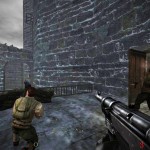 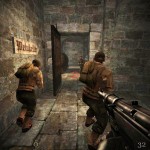 From the blog: After 2 years of work and more than 850 svn revisions it is finally ready. The first public playable version of return to castle wolfenstine mod makes cooperative play possible. All single player levels are modified for cooperative play (up to 8 players). We added extra enemies, updated the skill levels so that its still a challenge to play this game.

There are three gametypes:

Battle: sort of 1vs1 but still in coop. The point of this mode is that at the end of the map you have the best statistics (out of three). The recorded statistics are: damage given / damage received ratio, deaths and points. The player who scores the highest on at least 2 of the three wins. Important to know, you start the game with only one gun and you have to buy weapons, ammo and health. Buying something costs points. Your points can be below zero, but if you are at below zero at the end of the map you can’t win

Speedrun: Play a level as fast as possible, fastest time is saved on the server