Well, kinda. The first round of beta invites went out today for the lucky few chosen from the Linux survey. The *.deb file is already available from Steam but don’t expect much unless you have your golden ticket. Yes, a “hack” exists to bypass the check but you will not be able to access the games.

From Frank at Steam:
“The first wave of welcome emails has been sent out! If you’ve filled out the survey but haven’t received an email don’t despair. We will be expanding the beta in the future with more participants from the survey.

Thanks for all your support in getting this out the door,
the Valve Linux team”

From the Valve press release: 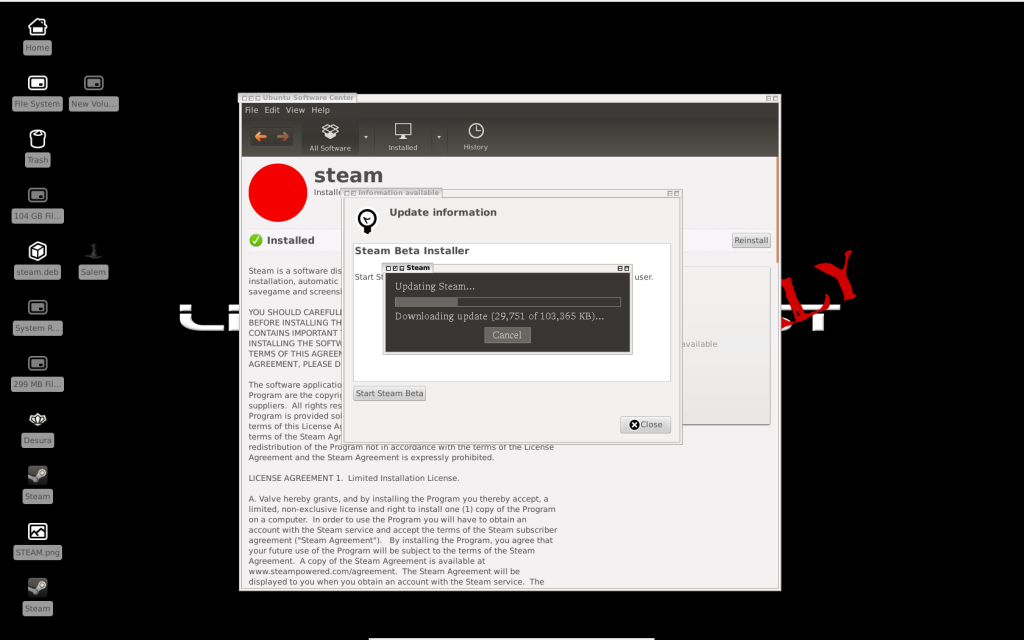 Nov 6, 2012–Valve, creators of best-selling game franchises (such as Counter-Strike and Team Fortress) and leading technologies (such as Steam and Source), today announced the launch of a limited access beta for its new Steam for Linux client.

“This is a huge milestone in the development of PC gaming,” according to Gabe Newell, Valve President and co-founder. “Steam users have been asking us to support gaming on Linux. We’re happy to bring rich forms of entertainment and our community of users to this open, customer-friendly platform.”

The Steam for Linux Beta client is currently available for installation on Ubuntu 12.04. “An overwhelming majority of beta applicants have reported they’re running the Ubuntu distro of Linux,” according to Frank Crockett, a member of the Steam for Linux team, “We intend to support additional popular distros in the future; we’ll prioritize development for these based on user feedback.” 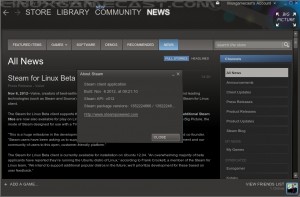 Within its first week, Valve received over 60,000 responses to its request for participants in the Steam for Linux Beta. The first round of beta participants has been selected from this group of respondents.

Steam is a leading platform for the delivery and management of PC and Mac games with over 50 million accounts around the world and over 2,000 titles offered.

More details regarding Steam for Linux, including community discussion, beta participants’ feedback, official announcements and syndicated news can all be tracked on the new Steam for Linux Community Hub at http://steamcommunity.com/linux.