Chainsawesome Games has launched their first game for the Steam Linux client. BeatBlasters III mixes rhythm in a funky fresh world full of colorful, strange, characters and places. Winner of Intel’s LevelUp Best in Sound, BeatBlasters will deliver amazing dynamic music that changes based on your timing and ability.

We have been testing the game for the past month on our Linux boxen without issue. 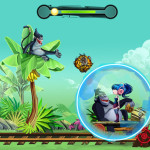 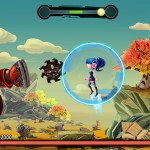 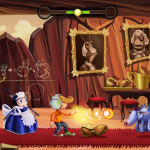 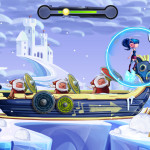 About:
Take control of Joey or Gina, two beat loving kids with some amazing powers (and totally different music) as they save the inhabitants of the town of Accapella from the music hating butcher. Armed with their three powers they will protect and aid the denizens of this strange land; for right, justice, and the freedom to listen to some killer tunes.

Each character in BeatBlasters III has unique music as well as a unique special power to aid them on their quest. Each character also shares the same three main abilities, an attack power, a shield bubble, and jet boots. Each use of these items depletes their energy, which is recharged through accurate rhythm tapping. However, while building energy the heroes are unable to attack or defend themselves, making the pacing of energy growth and decline a frantic battle of the bands. Every level and battle is a totally unique experience, keeping the game fresh as the kids attempt to reach The Butcher and end his reign of silence. The better you do on each level the more stars you’ll earn towards unlocking 8 different weapons to use in your battle against musical exile.