Released in 2016 the X-Touch One claimed to be a compact and more cost-effective one-fader version of the X-Touch. Well, let’s see if any of that holds up under Linux.

Conclusion:
The X-Touch One is a solid piece of kit if you can come to terms with the fact that Behringer sometimes forgets to put power switches on things. If you need a small form factor control surface with Mackie control that works with Linux give it a look. 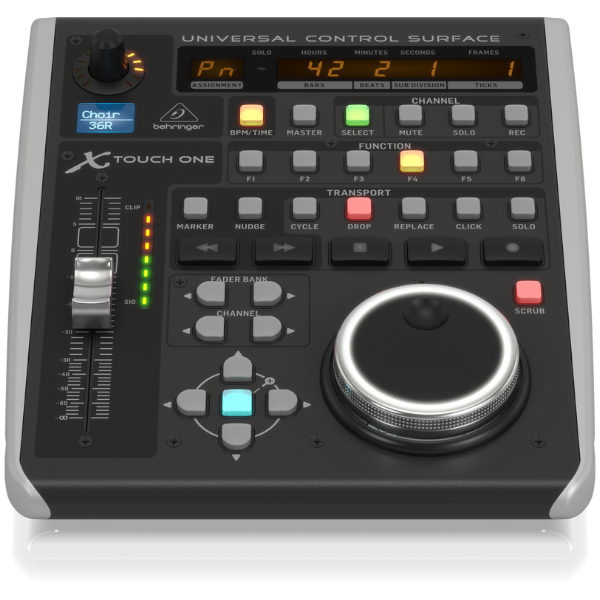 No brightness control for the jog wheel.

Behringer X-Touch On on Amazon