The team at Witch Beam just threw their twin stick shoot ’em up on Steam Early Access. It’s currently in development, and is missing stages, characters and features. By getting early access you’ll get to follow the development and help tune and improve the game. Pick it up for $14.99 wet stinky cashes in the Steam store. 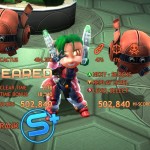 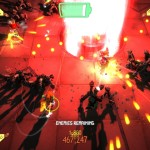 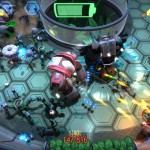 About:
Assault Android Cactus is a twin stick shoot ’em up with an emphasis on high pressure and stylish action. Expect screens full of enemies, buckets of bullets and high scoring combo chains!

Take on the role of Cactus, an enthusiastic police android, who responds to a stranded space freighter only to discover it under siege by its malfunctioning robot workers. Cut off from the outside and in over her head, Cactus and the androids she recruits along the way battle through the crippled Genki Star to reach the brain of the ship and put things right before it’s too late.

Dragon The Game: Early Access Is Expensive, You Know!