“Sit player on your ascending throne and I promise, the Dominions will be forthcoming.”

7 years after the original publishing of Dominions 3, the fine folks at Illwinter Game Design have finally found their niche with the help of Desura and GamersGate. If you don’t know what Dominions is, you haven’t been playing games on Linux very long. This is a series that’s been running natively on Linux since 2002.

Imagine the oldest turn-based strategy you can think of. Now, improve the graphics and refine the combat, political and management mechanics and you’ve got the Dominion series in a nutshell. Even the fine folks at Extra Credits have featured Dominions in several of their videos. 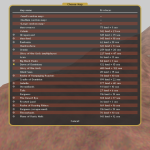 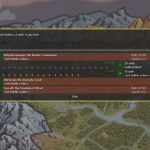 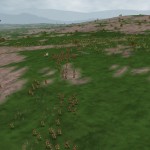 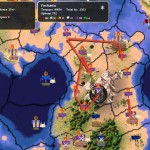 “Ah… but 2006 was ages ago, I want something new!” Well my demanding friend, the Illwinter dev team were hard at work in Dominions 4: Throne of Ascension during all those years. I’d also like to personally send out a big THANK YOU to Illwinter’s Joe for letting the LGC crew in, very early in development.

If you’re a couch commander and that turn-based itch hasn’t been scratched recently then get ready. Dominions 4 is now available!

The entry fee will set you back $34.99, €24.99 or your regional equivalent. A word of caution though, your favorite Mexican lost 3 hours of his life when all he wanted was to have a quick look at the game. You have been warned!

Torque 3D To Be Released Under MIT License