Remember last week when Jochen Leopold showed off his early work on the Jedi Outcast port? Well, it’s up and running. Check with the judge.

After 10 development days I present the first playable release of JK2 Linux.

The current state is playable without any major problems.
– loading/saving and a lot of other open issues are fixed I only had time to test the first two levels, but everything looks fine.

If there are questions, feel free to contact me. Just consider my time-zone (Vienna, Austria). It might take me a while to answer.

View the full post in the G+ Gaming On Linux (Discussion) community. 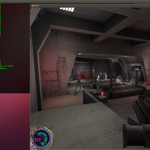 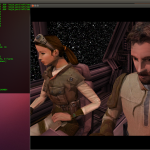 More information about the Linux Port:

The following files are needed to run the game:

In order to start Jedi Outcast, the “base” folder from your original game has to be copied into the folder of the Linux binary files.
Be sure to mark “jk2sp” as executable and start the game with it.

Known Issues:
multi-monitor handling is still experimental
some font rendering issues with the Intel Mesa driver (on my test machine)
input handling in window mode is not perfect

Linux Port Of Jedi Outcast In The Works