There is a full single player campaign with an engaging story. Check out the GamerSector Indiecast Podcast (http://gamersector.com/podcast/indiecast/indiecast-3) for more info on the story and factions.

Join forces in online multiplayer cooperative expeditions as the Inventor, Astrographer or Officer and venture into the  uncharted wilderness of Aethereus seeking fame, glory and untold riches.

Invite your friends to your own customized Nexus City-State to battle in your arena or just show off how cool you’ve personalized your city using the statue-maker, banner creator and other customization features. 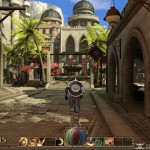 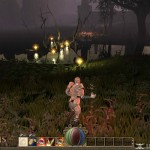 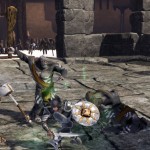 Embark on a variety of story driven hand-crafted expedition levels or explore the wilderness through a variety of procedurally generated exploration quests. Design and build new gear and weapons while you develop your character across a diverse and expansive skill tree allowing for a multitude of character strategies.

Linux Support:
“We will support Linux! In our opinion the Linux Community has been somewhat forgotten by game developers despite its growing popularity. We also believe that Linux users will enjoy the game play style in Legends of Aethereus. Since our aim is to make a product for core gamers we felt it is very important to cater to the Linux Community since such a high percent have the same philosophy as ThreeGates. Nothing could make us happier than to provide a great game for the Linux Community.”