A few weeks back {FKB} Kame created a big list of games with confirmed Linux clients. The list would remain useful until valve added a Linux tag. Well, it’s been rendered useless.

About: Steam Greenlight is a new system that enlists the community’s help in picking some of the next games to be released on Steam. Developers post information, screenshots, and videos for their game and seek a critical mass of community support in order to get selected for distribution. Steam Greenlight also helps developers get feedback from potential customers and start creating an active community around their game as early in the development process as they like. 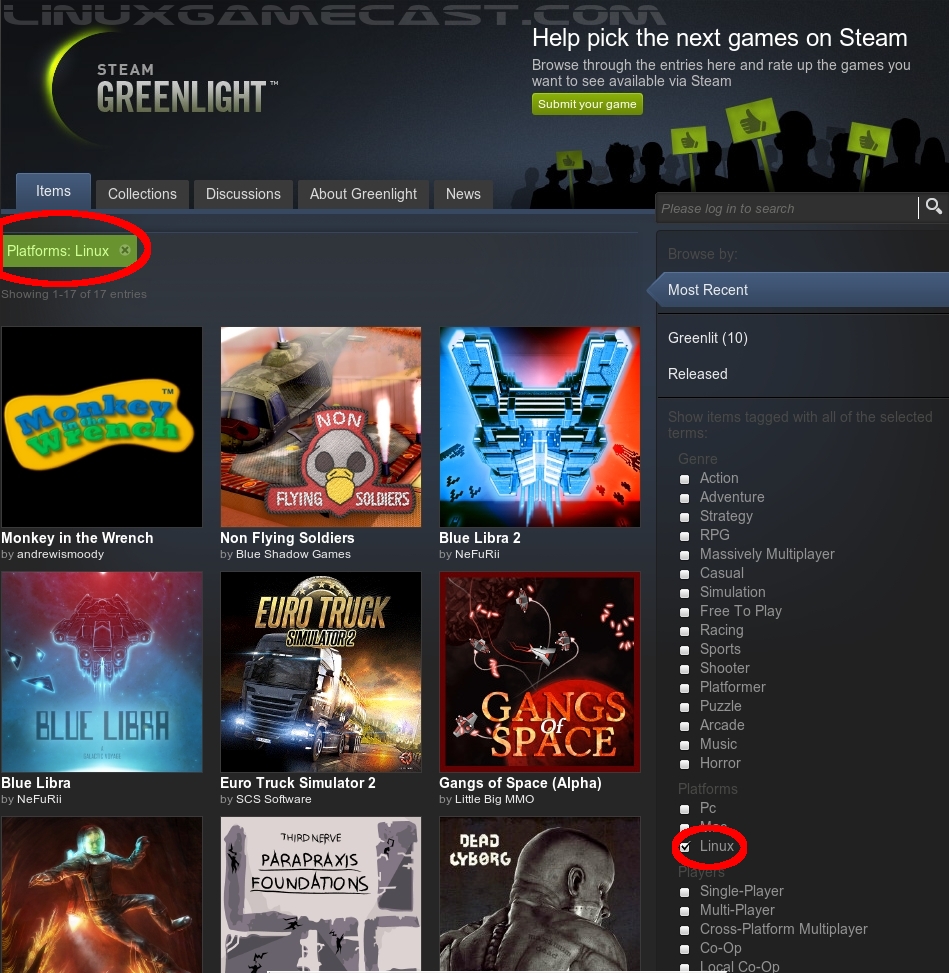