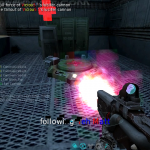 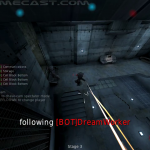 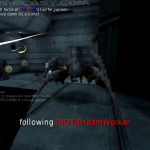 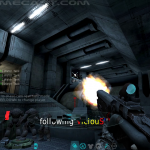 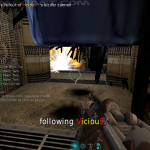 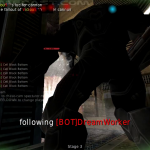 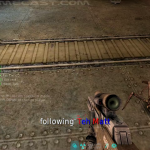 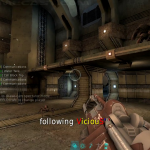 At last, the wait is over! We have him in-game, and he’s ready to blow away some aliens with his vast arsenal of futuristic weapons. He comes with his own light armor and helmet upgrades. Once we finish the new jetpack and battery pack, he’ll have those too. Of course, the battlesuit is a separate model, and that will come in a future release. With the addition of the new human player model, Unvanquished should look much different than it did before.

Surprise! We’ve redone the stage 3 human weapon. In addition to the new model, it also comes with new effects for the primary and secondary attacks. We’ll be further refining the particle effects over subsequent releases, but it already looks much more explosive than the old variety.

Another surprise! You can now see the new construction kit in the third-person view, since Stannum has made a new model for it.

You can now mirror your weapons with cg_mirrorgun. In the future, we’ll be adding in support for model flipping too, in addition to a left-handed HUD, so Unvanquished will look better for left-handed users.

Our server browser has a new default look on Windows, and also allows you to set different master servers, in case you’d like to use it for other Quake 3-based games. It now uses the Plastique theme in Qt.

Updates to the renderer!

GL3 users will use 100+ MB less memory in-game, which should provide a significant performance increase. In addition, if you support the GLSL shader cache, the shaders will load faster than before.