The guys over at Crunching Koalas wrote in to tell us about their new game, MouseCraft. This as a pre-alpha release and is not representative of the final product. That said, let’s check with the judge.

About:
MouseCraft is a tile-matching puzzle game where you get to help mice in their relentless quest for cheese. Starring: mad cat scientist, blind mice, and world’s most famous blocks – Tetrominos. The game mechanics will bring back memories of classic puzzle games, and it’s graphical style can be referred to as cartoon-steampunk. 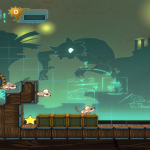 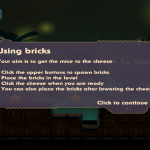 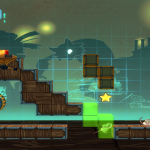 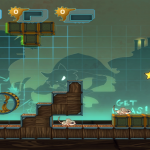 Early version of MouseCraft can been downloaded by anyone, who registers for the Beta Program.

Our Beta Program is a kind of a crowd-sourcing initiative, which enables everyone to play, test and send feedback on early versions of our games, for free.

Everyone who actively participates in the Beta Program will be mentioned in the final game credits and will hopefully have an impact on the look and feel of the final game. We’re also planning on rewarding the most committed Beta Program members with full versions of our games and discount coupons.