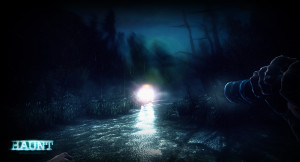 When it comes to Slendergames (at least at this point in time) if you’ve played one, you’ve played them all. I’m not holding anything back this week since Survival Horror is my favorite genre when it comes to videogames and that’s still true for Linux gaming. This incarnation of the internet’s favorite, faceless, leg-humper was cooked up by Polish studio paranormaldev using our favorite engine, Unity 3D. How they managed to cock it up so bad with this recipe is beyond me, but I’m getting ahead of myself.

Our first category is Makes with the Working and just to screw with the metric Venn decided to add an asteroid to his score this week, the reasoning behind him doing so was that this was not a dependency issue and the game doesn’t work as provided, the directory structure is wrong and since they zipped the file (instead of tar.gzipping it) the execution permissions on the binary files for the game went down the drain. Both me and Jordan on the other hand agree that ONE lawnchair is reserved for those games that don’t work no matter how many goats you sacrifice, so we both gave it two chairs like the irreverent rebels we are. 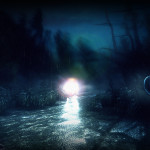 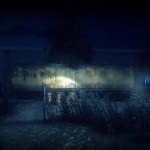 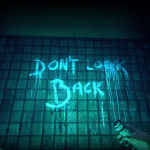 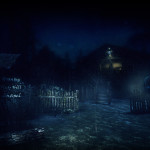 Being a bunch of repressed, basement dwelling, creeps we love when our eyes and ears get the stimulus to make our blackened, shrivelled brains fire up with all kinds of alien sensations and that is what we cover with our second category Shiny/Sounds. Once again our fair but merciless overlord unfolded a single lawn chair and threw it at our Polish punching bags for this week, on accounts of looking “like your standard amature ‘dark’ Unity game” and sound effects being very bland, to the point of adding nothing to the experience in general. In our irreverent rebellion, both me and Jordan agree on the score only this time it’s for different reasons. The J-man was uncertain if that flickering on the main menu was a bug or a feature and even after Venn and me confirmed it was intentional, the look on his face was very descriptive of how much that “feature” adds to the game experience. Being the sorry, inbred, ATI graphics card user in the team, I find myself staring at artifacts in many games, Slender was just one more where texturing is bugged on AMD’s sub-par Linux driver.

If you’ve been paying attention it seems we’ve been building up for a serious beat-down and it’s down to our subjective category, of whether or not the Control/Fun holds up, to tell you fine readers what we really think of the game. Venn was disappointed in several things about this game, starting with the fact that you “walk at the speed of smell” then taking a left at Jerky-performance-town with the wibbly wobbly grass and finally coming to a stop on disappointment ville when Slender showed up only once for him at the beginning. Jordan thinks survival horror games are best enjoyed as a social event, with booze in the mix, otherwise they get boring and Slender wasn’t the game to change his opinion. As for your’s truly here, well… I love survival horror, Silent Hill 2, Amnesia: The Dark Descent and Penumbra compose my Top 3 favorite horror games of all time and with that in mind I find myself loathing Haunt. When it comes down to controls, the mouse sensitivity was set so high in the game if I so much as adjusted my grip on the hamster my character would do a full 180 in-game… Want some icing on that cake? I had no option to adjust the mouse sensitivity in game. Then came the immersion breakers, ignoring the frankly glaring texture issues I suffered from, there were several situations when that wibbly-wobbly wavy-davy grass would clip through the walls of some buildings and even though the atmosphere was okish, I still found myself getting yanked out of the all important immersion. And then there were the “death” scenes… Ok internet, reason with me for a second here. Slender was born in ‘09 in the Something Awful forums, the first original ‘Slendergame’ came to be in ‘12, it’s been a year since that stupid death scene was first introduced, I was willing to let it go on that first game since it was… well… the first game, but after a year of Slendergames re-using that very same scene to exhaustion do we really need another? And am I the only one who thinks that it looks like the S-man is dry humping your leg?

When it comes down the maths, this game got a lonely, creaky lawn chair with the redeeming factor of it being paranormaldev’s first game. It was certainly an attempt and maybe you guys will get it right next time. Just… stay away from Slender for a while.

A long, LONG while!