Pixel freaks of world, put your hands together for TransHuman Design’s latest multiplayer clusterfuck simulator. Don’t believe me? Try 32 players per server, ballistas, catapults, battleships and a heavy dose of shark riding. Personally, I think it’s a shame they hid all that under a layer of pixel graphics.

Before I get ahead of myself, THD are the developers behind Soldat and Link-Dead. Both of these titles were also Multiplayer 2D shooters, with the latter being the sequel to the former. Its good to stick to what you know, and THD are hellbent on perfecting this genre.

Much like its predecessors, King Arthur’s Gold pits two teams of players against each other in a game that is reminiscent of Terraria, albeit with a heavier focus on competitive Multiplayer rather than exploration and cooperation. The “collapsible physics” based construction turns a well placed catapult shot into a cathartic experience, much like a one bird win in Angry Birds used to. 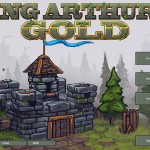 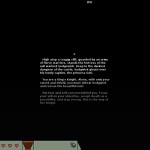 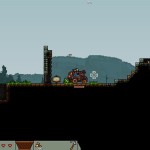 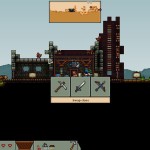 With front row tickets setting you back a mild $9.99 or €8.99, you get keys for both Desura and Steam. After two years, us Linux users can finally enjoy the 2011 “Indie of the Year” winner natively.

Author’s Note: Although I specifically asked for 3 keys so we could throw the chairs at KAG, THD would only part with one. It’s kind of ironic in the sense that Frictional Games, the team behind Penumbra and Amnesia, were glad to send us THREE review keys for A Machine For Pigs a week before release. Yet, KAG is apparently so good, we’re only entitled to one.

To That Linux Shaped Moon