In the wake of Democracy 3’s moderate success comes yet another political spreadsheet simulator on crack. Boys and girls put your hands together for Neocolonialism, the game whose mechanics parody its eponymous “political” movement.

As some of you may know, Neocolonialism was the name attributed to the capitalist imperium of 20th century countries. Wikipedia tells me that the term was coined by Kwame Nkrumah, who at the time was the President of Ghana. Irony, there’s plenty both in the real world and the game itself.

If you liked Democracy but felt it played a little too safe with its choices and like TotalBiscuit you thought it a little biased, rejoice, for Neocolonialism throws any pretense of political correctness out the window right off the bat. Buy your way into power and influence other countries to support your agenda through coercion, bribery and sheer ballsiness. 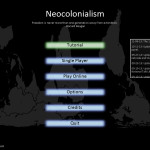 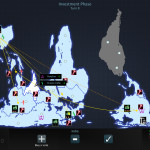 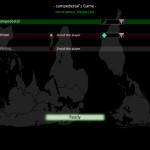 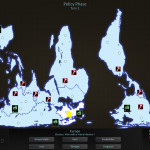 For a meager $10 Wet Stinky Cashes, or whatever the exchange rate is nowadays, you too can wreak havoc in this Left-Wing inspired, upside down mapped, spreadsheet simulator world. If you don’t want to commit without first taking it for a spin there’s a demo you can download from the project’s website.