If you don’t follow Linux Gamecast’s Weekly podcast you may not know about our reluctance to discuss the endeavors of Garry’s Mod creator. Hell, I have probably been the most vocal about it.

Fortunately for us and perhaps you Linux users, Mr. Newman has since apologized for his previous comments regarding the OS and our very own podcast. Or at least I want to think he did, since there is only so much you can derive from “Haha – sorry for being mean”.

Regardless, that’s not what we’re here for. We’re here to tell you about Garry’s new game, Rust. If the warning section on the game’s Steam page is any indication, you apparently fight naked cavemen. That’s only half of it, although perhaps the most prevalent aspect since the game is still in Alpha.

As the About section of Steam says, “the only aim in Rust is to survive” by any means necessary. If someone stands in your way you can always swing a rock at their heads. The game itself borrows a few crafting tips from Minecraft and drops you into a scarcely populated island with the occasional zombie encounter. Starting with only a rock, a torch, two bandages and fuck all idea about what to do next, it’s up to you to fend yourself. 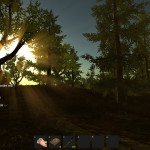 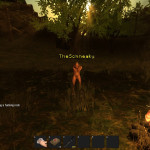 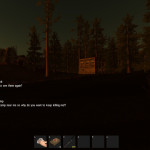 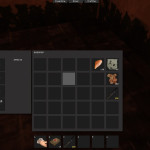 Entry tickets to this Unity-powered dangling penis simulator will set you back $19.99 US, €18.99 or your regional equivalent. Again, this is only an Alpha so expect some breakage, glitches and outright silliness.

Now if you’ll excuse me, this one guy stole the front door to my shed which means I have to go dangle my character’s dick at him until he dies.