“An ancient civilization; a vast energy supply sleeping in the depths” – Almost sounds like Iron Sky the the video game, doesn’t it? Unfortunately it’s not.

PixelJunk Shooter is very similar to Retrobooster, one of LGC’s favorite games. Instead of Terry’s magnificent understanding of physics, PixelJunk’s take on the genre is a bit more cartoonish. Besides the slight difference in mechanics and the change in presentation, it is a very similar game.

You fly your ship in an attempt to mine the planet’s or asteroid’s resources and rescue the inevitably stranded miners that came before you. You’d think after 30 years since the last videogame crash, out-world miners would have learned the lesson; alas, it is not so. 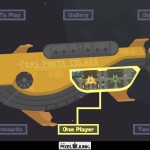 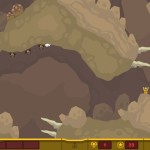 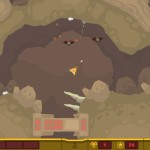 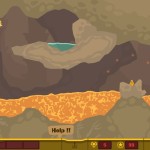 Landing at $8.99 or €8.99, it certainly shoots regional pricing right in the kneecap. Should you decide to give PixelJunk Shooter a go, please do drop by their webzone and give them a piece of your mind when it comes to pricing for different regions.