Getting tired of Minecraft-style, voxel graphics yet? If you’re like most people on this show, you’d think that they’ve overstayed their welcome.

In case you’re not tired of that particular art style, behold the sequel to the similarly named 3079, 3089. I kid you not, the first time I saw 3089 had been Greenlit I thought to myself “Really?!”, then I realised it was actually the sequel. My next thought, at that point, was “Really?!”.

As I said, it’s not my cup of tea but maybe you don’t have a stick as far up your ass as I do. According to the website, “3089 is 3D open-world futuristic action role-playing game” where you control a cyborg who is airdropped onto an alien planet. As far as I can tell your mission is to kill the blue robots, at least they got the basic formula going. Can’t really fault them for that. 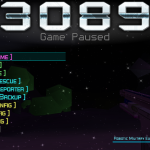 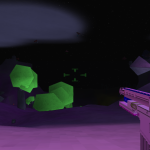 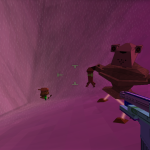 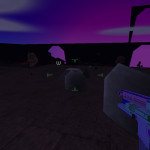 Honestly, I can’t really make up my mind whether to endorse or pan 3089. In his attempt to make an elaborate open-world RPG style game, the developer managed to dilute the content to the point where all I can muster is a resounding “meh”.

The game has been Greenlit and you can now get it on Steam for $6.99 or €6.29, because fuck regional pricing, that’s why!  Still, it’s appropriately priced and if you do like this type of games, please do support Phr00t in his Linuxy endeavours. Maybe he’ll come around and actually blow me away at some point.