“PC gaming is expensive!” – Soomething that, which despite having been debunked several times, I keep seeing repeated on the Internet. Well, I’m nothing if not a contrarian! 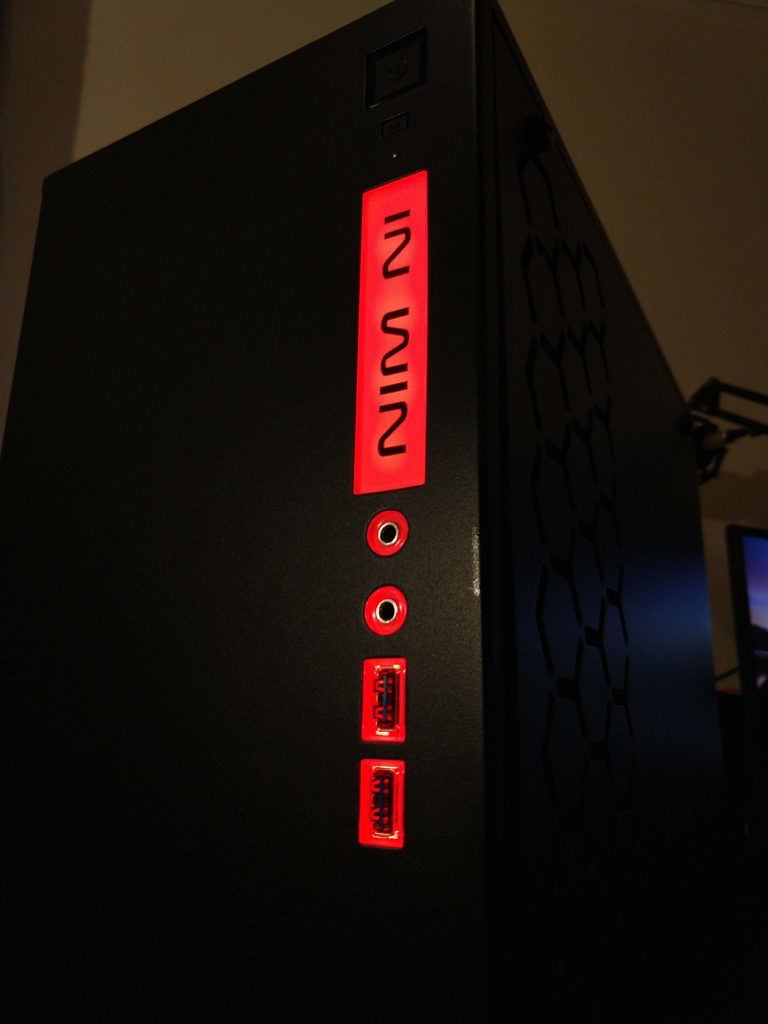 Allow me to contradict a few other bits of Internet wisdom: “AMD GPUs on Linux aren’t worth it” and “Linux is not a gaming OS”. How often have you read something like this in comment sections or even full articles? Well, that isn’t really the case anymore. If you follow our content and didn’t just randomly stumble over this particular post you are probably well aware that none of those statements hold up. However, awareness isn’t exactly the same as as evidence so I put together this PC for that purpose. Also because I wanted a desktop to tinker with so that I wouldn’t mess up my main box. 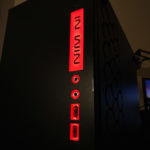 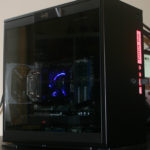 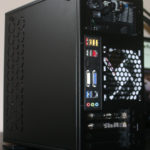 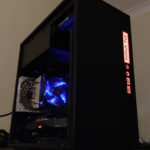 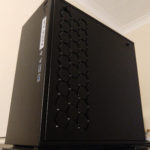 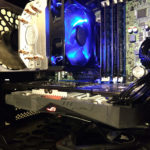 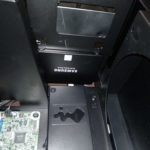 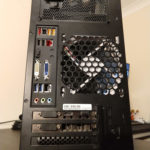 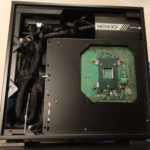 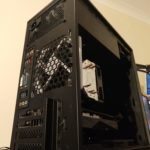 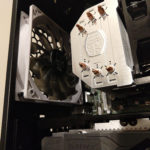 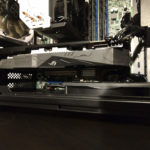 El Cheapo was put together to be the best performing PC for as little money as possible. I’m going to break down each component and my thought process in choosing it. Feel free to question them all or offer other suggestions in the comments.

The CPU was easy enough. I wanted at least a quad-core and decent single thread performance. This is of course where Intel excels, and older Ivy Bridge processors were big the uptick in performance before Skylake came out. The i5 3470 is a cheap quad-core, which will easily hit and maintain its 3.6GHz turbo if you throw a decent cooler on it.

I did try to find a second-hand Hyper 212 EVO but those go for over £20 and at that price, I might as well buy a new one. The Hyper 103 is the little brother to to the 212 and even with only 3 heat pipes it does its job very well. I also got lucky because the person I bought it from never actually used it. From what I can tell, they only bought it for the motherboard support brackets for AMD CPUs.

Can’t beat 16GB for the price of free. This kit of 4x4GB RAM sticks came with the processor and what I’m guessing is an Optiplex motherboard. Not only does it all work, as it all overclocked to 1600MT/s from its 1333 base. Not that big a jump when you consider how mature the chipset/motherboard platform is.

This is where the first bump in the road came up. I could have used the Optiplex board but it comes loaded with proprietary connectors. Sure, the power connector and all the other important ones are easily identifiable but standard front panel pin connectors won’t work without some massaging or janky adapters. While I did want a desktop to tinker with, I really didn’t feel like spinning the Wheel of Booga-Booga every time I turned it on.   So I went with the cheapest Micro ATX Intel motherboard I could find that would still give me at least 4 RAM slots.

Can’t have a gaming PC without a GPU! And much like the spirit of this build, this card had the best £/Perfomance ratio I could find. I did expect to be able to find one of these second hand (read: mined to hell and back) for cheap but Lady Luck was quick to remind me I was pushing it. The price you see bellow was the cheapest RX 570 on eBay without going for the fake, VBIOS flashed ones. And as you’ll see in the performance charts, it does very well for its price.

It’s 2019 and you need an SSD. This holds true even if what you’re doing is mostly gaming. I bought this SSD just to load the OS and keep the rest of the space for the non-game side of the /home partition. It’s a Samsung SATA SSD and will basically run at 520MB/s sequential if your motherboard can handle it. Looking back, and you can watch the video if you’d like to see exactly why, I’d probably would have saved the HDD money and gone for a 480/500GB SSD instead to hold everything. Ideally you’d want a 1TB, but 500GB is good enough.

In my defense, it was hard to beat the price/GB on offer here. I assumed that a 7200RPM drive would be good enough for games. I assumed even if the loading times were a bit longer, it probably wouldn’t even be noticeable. I was so wrong! There is no excuse to have a hard drive in 2019 when most entry level SSDs are under £0.10/GB. Learn from my mistake and don’t even bother.

Semi-modular power supplies are now basically on par with their non-modular counterparts in price. I also needed to consider the space I could save since the case was a MicroATX mini tower. I also refuse to buy second-hand power supplies. Please! Even if you take nothing else away from this post, don’t buy a second-hand power supply. That is the one component that if it goes, it has the highest probability of taking the rest of the system down with it. Please don’t skimp on your PSU kids!

One thing I have noticed when looking at the budget value builds on the interwebs, is that they all look undeniably cheap. I didn’t want that. I wanted the cheapest, most powerful PC, but not at the cost of no one else even considering building something like it. All because it would look like crap! And crap is not what InWin is known for. In fact, their cases are often far more aesthetically pleasing than they are functional. Which is exactly what’s going on here. If there is anything in this build you absolutely could do better in price/performance, this is it. It looks the part and makes this otherwise cheap PC look like it could be proudly displayed on your desk. But the price and the lack of proper airflow, or even any fans what-so-ever, are issues to big for me to let slide.

So with that out of the way, here’s those pretty bar graphs for you to decide. The specs of the other two PCs are down below along with the price/performance scores for each. 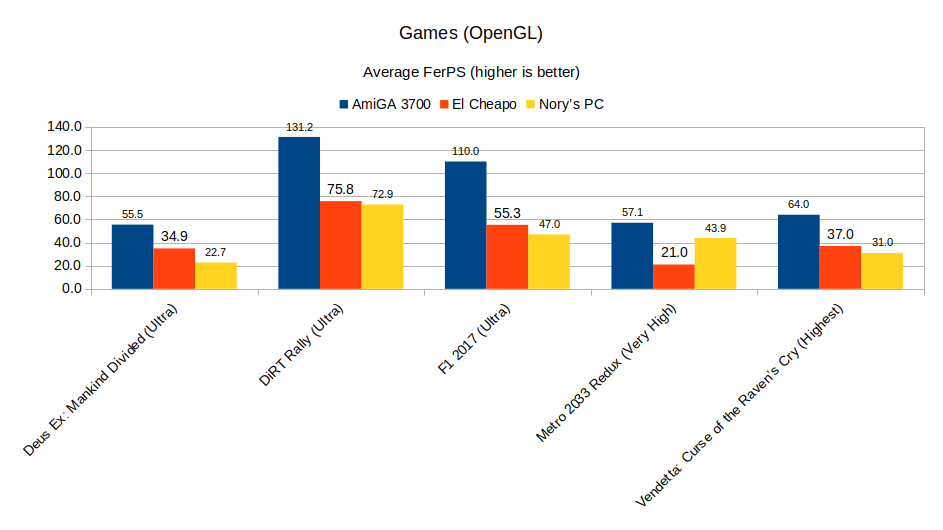 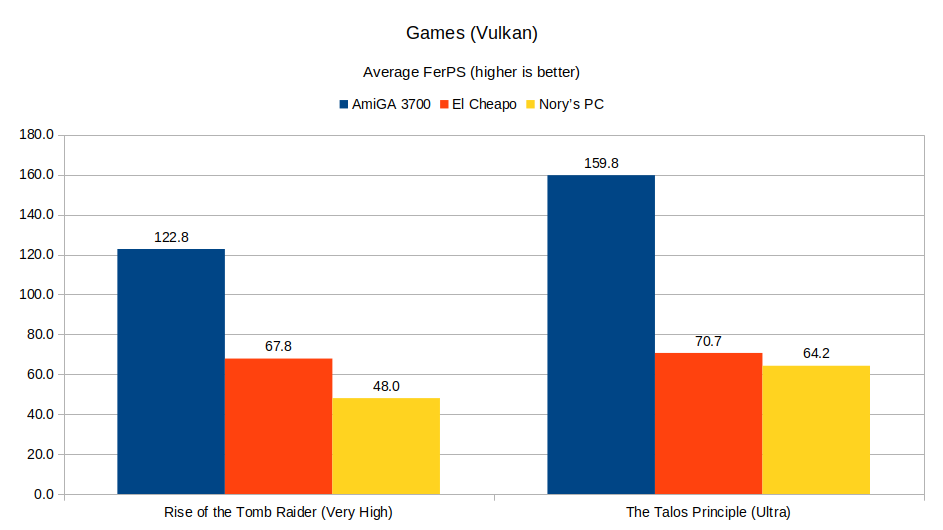 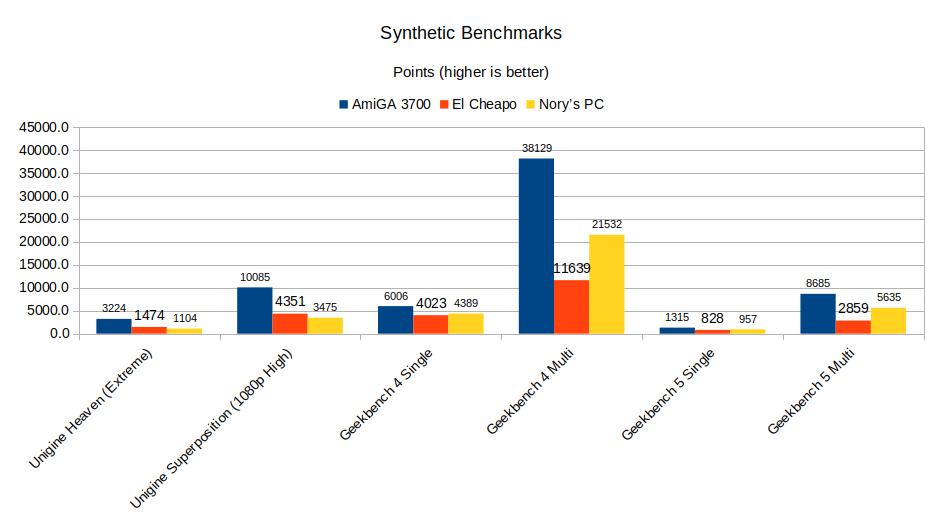 Alright! Cards on the table… or the PCIe sockets, as the case may be. Time to compare the price to performance ratio!

Okay, so these price comparisons are not fair. The prices for my main box and Nory’s PC are current, as in what you would pay if you were buying them today. But these are prices for buying the components brand new, and that’s how I got most of those parts;  the exceptions being for the graphics cards: the GTX 1080 was given to me by Wimpy (Thank you!) and the 1050Ti I bought second hand as well.

Still, if you were buying these today, El Cheapo has at least double the Pound Sterling to average FPS ratio than the other two. And that is pretty much the goal I set out towards!

Honestly, if I were doing it again, I’d have scrapped the HDD entirely and just gotten a bigger SSD and run everything off of it. I’m still pretty happy with the result though. It looks pretty damn good, it punches far above its price range and, assuming nothing randomly catches fire, it’s gonna hold up as an awesome 1080p gaming PC for the foreseeable Linux gaming future.

Do feel free to tear me a new one in the comments for the stuff you’d do differently. I’ll also be very happy to see your own hypothetical builds if you were the one doing this!