Hit the Sticks LLC plans on giving the first 10,000 paid players $100.00. Anyone that has a paid Account, and plays a minimum of 10 matches will be eligible. Check with the judge.

We are in for some hardcore marketing now.  To generate some buzz, we have created an awesome promotion.  When we reach 200,000 paid players, we are going to give 100.00 USD to each of our first 10,000 paid players.  10,000 players x 100.00 USD = 1,000,000 USD giveaway!  We want to give our early adopters a great incentive (more money than they paid for the game) to help us build a big community. If you got involved with Just Tactics during our Alpha or Beta periods, don’t worry! Existing paid players are grandfathered in, and count as the first of our 10,000. 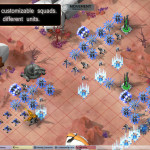 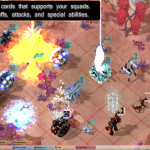 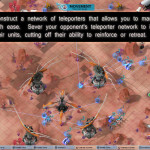 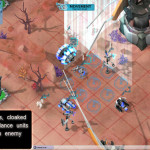 About:
Just Tactics is a Turn Based, 1v1, Online Multiplayer, Tactical Wargame involving Squads and Deckbuilding. There is no dice rolling or any similarly random mechanic in Just Tactics. Movements and Unit versus Unit Combats are ultimately deterministic, governed by basic stats such as Action Points (AP) and Hit Points (HP). Non-determinism is achieved via the Satellite Deck/Card system. Controlling “Satellite Uplinks” on the map allows players to draw Cards from their Satellite Decks. Other than choosing which player will take the first turn, the only randomness/luck in the game is the shuffle of the Deck. However, a player could build their entire Deck out of the same Card, which would leave nothing to chance.