It’s only been four months since the last update so abandoned might not be a bit strong. So, lets check with the judge.

As some of you know, the Website has been inactive for some months (although it has continued reviewing the email), months in which, unfortunately… I have been suffering a creative crisis. Now I am back, ready and with new ideas!. I know that “Región Muerta” has been a game which has accumulated a lot of disappointment, (it has been the source of my creative crisis): a game with bugs, monotonous and boring. Knowed it, I decide that now is time to work on a update that changes a little the things.

Unfortunately that update comes from 20 Nov. 2012 and Craco seems to have fallen off the face of the earf. That said, you can grab the playable demo here. 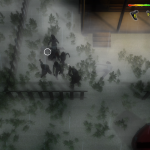 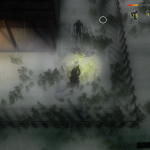 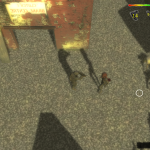 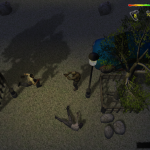 About:
You are a soldier and many zombis try to kill you. You need get points for buy new weapons and ammo for it, without the new weapons, you can not survive! For Windows, Mac and Linux

Silence On The Line: Survival Horror Gets Pixelated