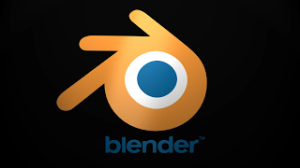 Leadwerks Software has entered the final week of their crowdfunding campaign to bring their game development tools to Linux. With the project over 140% funded, the company has added several stretch goals beyond their original $20,000 target. The first goal for OUYA support has already been reached. Additional goals include integration with the free 3D modeling package Blender and support for the Oculus Rift virtual reality headset. A concurrent Greenlight campaign was also successful, making Leadwerks the first 3D game engine approved for Steam.

The company’s Kickstarter page lists three goals for the campaign. First, they point out that most Linux games are ported over from Windows, rather than being developed natively on Linux. The company wants to change this by putting the game development process on Linux.

Second, the company hopes to expand the Linux library of games. They say that putting game development tools in the hands of Linux users will allow more Linux games to be built, and can even lead to Linux-exclusive titles.

Leadwerks has a history of delivering high-end PC graphics, and the company says they want to bring this technology to Linux. This will let Linux users play AAA games that run natively on Linux, instead of going through emulators like WINE. The company points out that the superior performance of OpenGL on Linux makes it the perfect platform for AAA games.

“This campaign has demonstrated the viability of Linux as a platform for games and commercial software,” said Josh Klint, founder of Leadwerks Software. “I’m excited to be working together with Valve and Canonical to build a strong open platform for PC gaming. The response from the Linux community has been overwhelmingly positive, and I can’t thank them enough for making this possible.” You can view the Leadwerks for Linux Kickstarter campaign here.

$26,000 – Android + Ouya for All : We will provide all backers who pledged $100 or more with Android support. We’ll also add support for OUYA, the Android-based open game console. This will let you build games for Android and OUYA, without ever leaving the Linux operating system.

$30,000 – Blender integration: We want to integrate Leadwerks with the free 3D modeling package Blender. We’ll start with a Blender exporter that saves a model and all materials ready-to-use in Leadwerks, and look for other Blender features we can put to work in our engine.

$35,000 – 64-bit Builds: We’ll provide 64-bit builds of the Leadwerks engine library, along with the 32-bit library. (We decided to provide this for Linux by default. The stretch goal is for 64-bit builds on Windows and Mac.)

$45,000 – Visual GUI Editor: We want to build a fully integrated GUI editor right into Leadwerks. This will let you create game menus with buttons, sliders, switches, and more, in a fully skinnable GUI system. GUI elements will even integrate with our flowgraph system, so you can visually attach GUI elements to scripted events and C++ callbacks.

$55,000 – Oculus Rift + Omni in Linux: We want to integrate the great virtual reality headset Oculus Rift with Leadwerks, all running natively in Linux. We’ll even include support for the Omni VR treadmill, so Linux developers can create the full VR experience.

$150,000 – Choose Two Flavors of Linux: Variety is the spice of life, and Linux is baked with plenty of it! We’ll work with the top two distros backers choose to provide full Leadwerks integration and ongoing support for two years.

$200,000 – Plugin-Free 3D Web Games: We’ll work with asm.js to compile Leadwerks in web-ready format so you can distribute 3D web games for supported browsers, with no proprietary plugins required.

$250,000 – Ubuntu Mobile: We’ll deliver Leadwerks for Ubuntu mobile, compiled for the ARM architecture with OpenGLES rendering, so you can build 3D mobile games for your UbuntuEdge and other Ubuntu-powered smart phones.