Like solving puzzles with dead bodies? Well, the team behind Life Goes On might have something for you. Check with the judge.

Life Goes On is a puzzle platformer game where the death of your character merely paves the way for the next guy. Sacrifice an endless stream of fearless knights into the arsenal of spike pits, flamethrowers, sawblades, and lava to make progress through a deadly gauntlet filled with elaborate deathtraps!

Like most Unity games it runs OOTB.  So screech over to the downloads page and grab the demo. 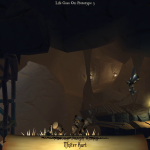 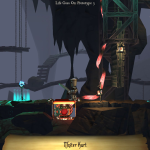 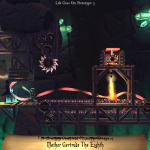 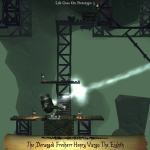 About:
Development began at the January 2012 Startup Edmonton Hackathon and Global Game Jam event. Our team was formed around creating a game for the Ouroboros theme of the Global Game Jam, and a prototype was created. The game has been in active development since, and we have big plans for it’s future.

Deakdlock: Puzzles, And Towers, And Crowd Funding. Oh, My!